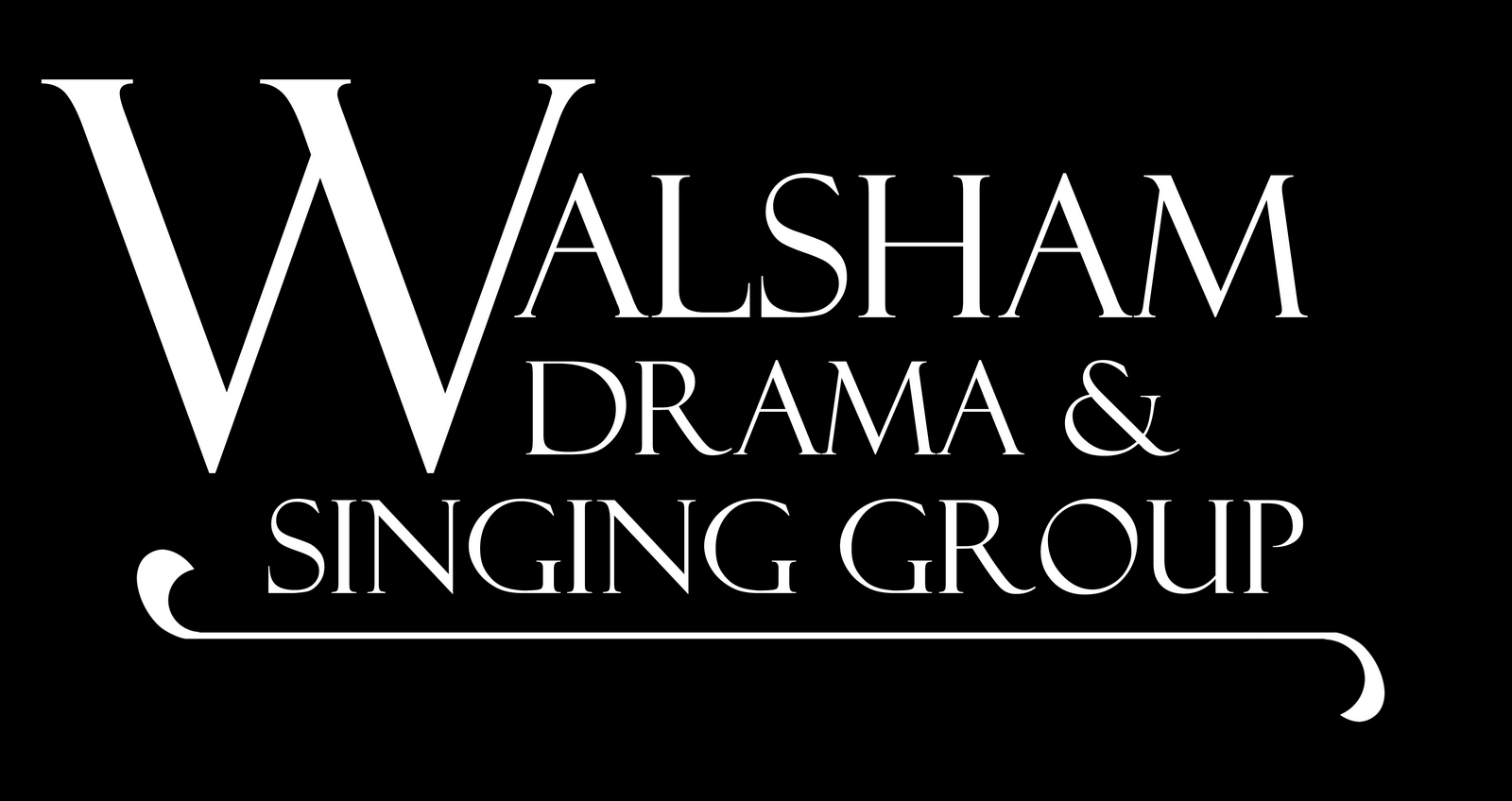 Born from a pack of wolves hungry for drama and song in the barren wasteland that is North Norfolk, our brave adventurers, led by a very organised committee, have decided to give up their spare time to pursue that very seductive creature called performance. They call this endeavour.. the Walsham Drama and Singing Group, or ' WDSG'.

Singalong to your favourite tunes with the Walsham Pub Singers.

Take to the stage, housed in our new home at the Congregational Hall in North Walsham.

Write a play, build a set, organise an event or visit the theatre with WDSG.

Capturing the beauty of performance.
Creating an accessible platform for anyone to take part in.
Developing stronger ties in our wonderful community of North Walsham.

The Spring Show | A Variety Performance

'The Spring Show' is a compilation of amateur playlets, monologues, puppetry and music pieces presented by WDSG members from home.
It was premiered on YouTube on 10 April 2021. 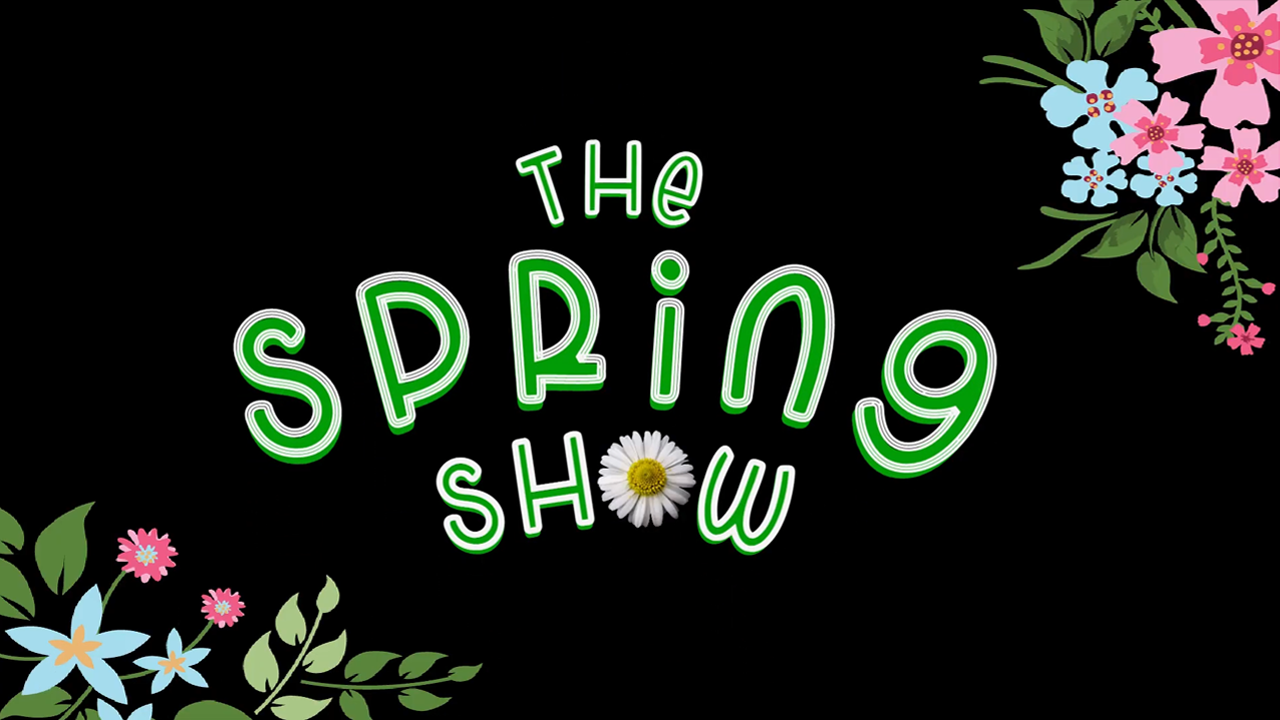 'Nelson Way' is an original radio play, written and performed by our WDSG members. It follows the story of the Nelson family and their friends in the fictional town of 'Walshambridge'.
The radio play premiered on YouTube on 23 January 2021 and features 7 episodes (including a Comic Relief special).

LISTEN TO THE PLAY HERE! 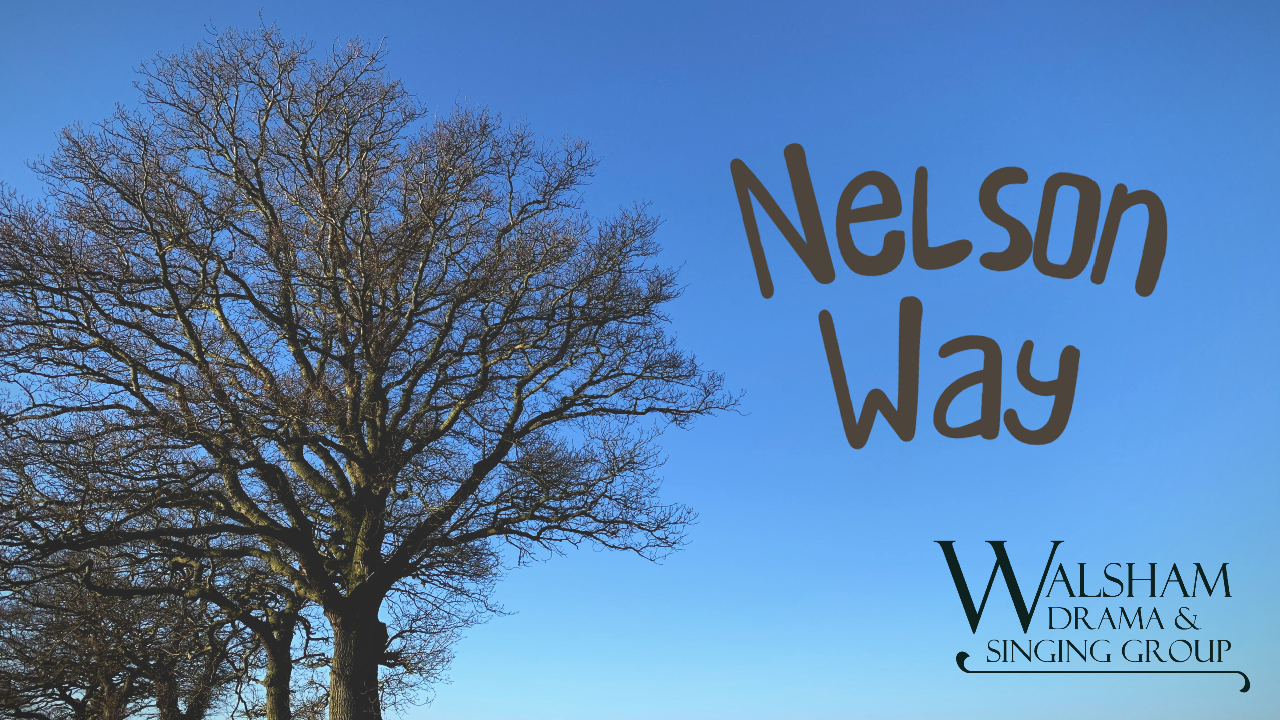 Following postponement of '7 Sins' in March 2020, we will be rescheduling the production when it is safe to return to the stage in 2021.
See you then!

'7 Sins' is a series of original and adapted works based on the traditional seven deadly sins. Inspired by the sins, these works have been written and produced in-house by our WDSG members - some highly comedic whilst others brutally relevant.

Did you see The Christmas Show?

To celebrate the festivities during a most ununsual year our WDSG members created 'The Christmas Show', released via YouTube on 12 December 2020.

'The Christmas Show', following the template of 'The 187 Show', featured performances delivered from home during national restrictions and all with a Christmas theme (obviously!). It marks the first WDSG Christmas production and premiered on YouTube on 12 December 2020.

During lockdown our members were itching to get creative. 'The 187 Show' was 2020's annual variety production, successor to 'The 217 Show', featuring short performances created by WDSG members from home. It was premiered on YouTube on 18 July 2020. 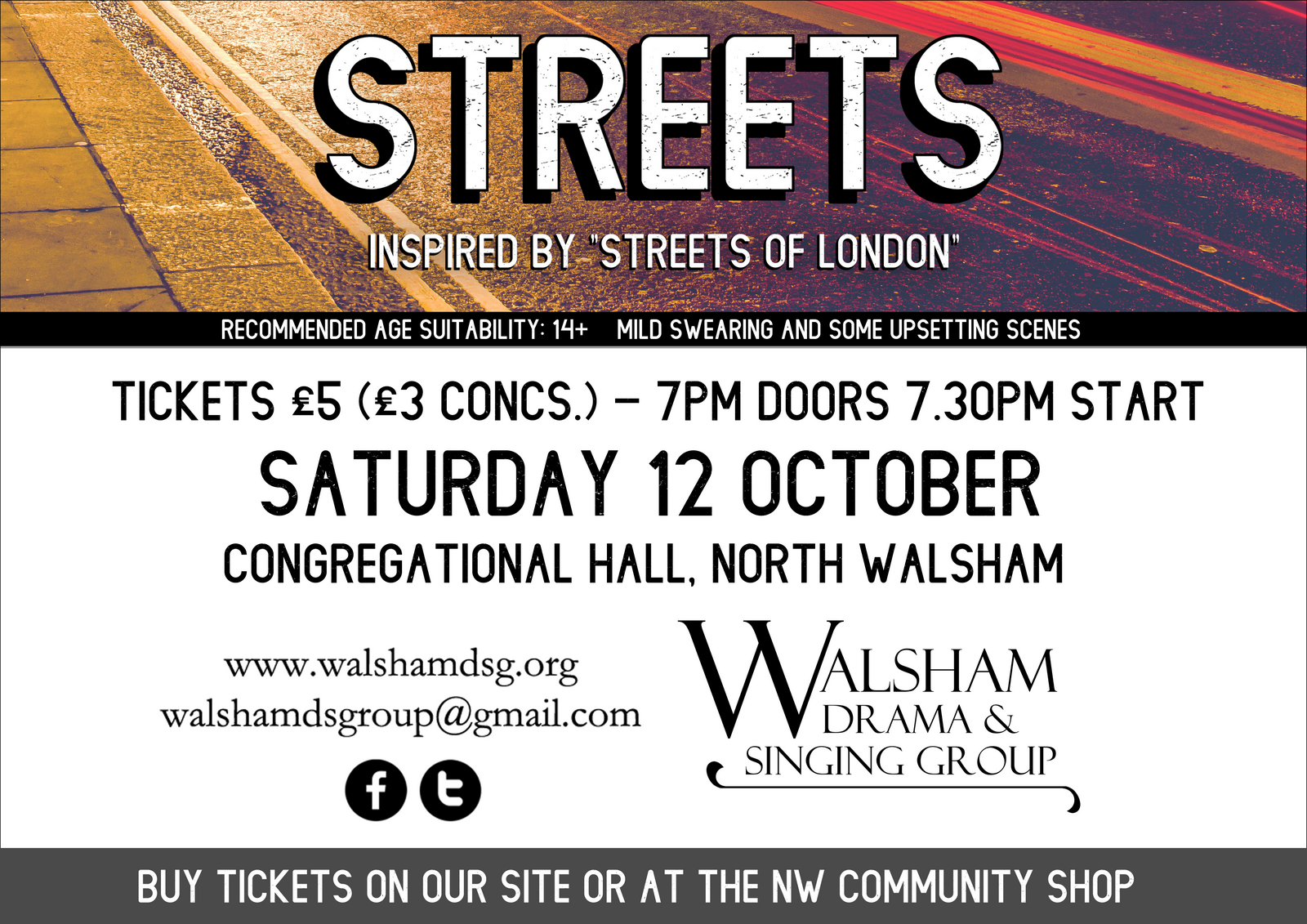 'Streets' was an anthology of original works based on Ralph McTell's classic hit  'Streets of London'. It was comprised of 4 short plays that represented each of the 4 verses from the song. The song portrays McTell's experiences hitchhiking in Europe and coming across everyday stories of people that were homeless, lonely and simply forgotten. It has been a powerful anthem, particularly for homelessness, since its release in 1969 and continues to be a popular cover song amongst artists.
'Streets' was performed at Congregational Hall in North Walsham, just down from the town centre, by the Walsham Drama and Singing Group on 12th October 2019. 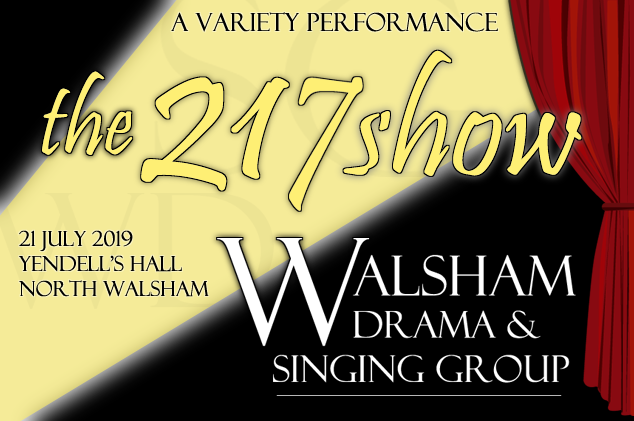 'The 217 Show' was the soft-launch production of WDSG, a variety performance with acts from the creatives of the Group. The performance acted as a proof of concept, allowing the Group to test its initial approach to show-making.
Kindly hosted at Yendell's Hall with support from Sarah Yendell, the production included famous skits from Monty Python, Laurel and Hardy and The Goon Show as well as live music and original works from the Group.
It was a lovely production and has prepared the Group for its next show, 'Streets'.

Email to find out more about what we're up to and how to take part. You can also find us on our social media links below.
walshamdsgroup@gmail.com

Keep up to date with all WDSG activities by completing our GDPR form and subscribing to our mailing list.

We support Drama Groups, a fantastic online directory for Amateur Dramatic Groups in the UK and across the globe.
https://www.dramagroups.com